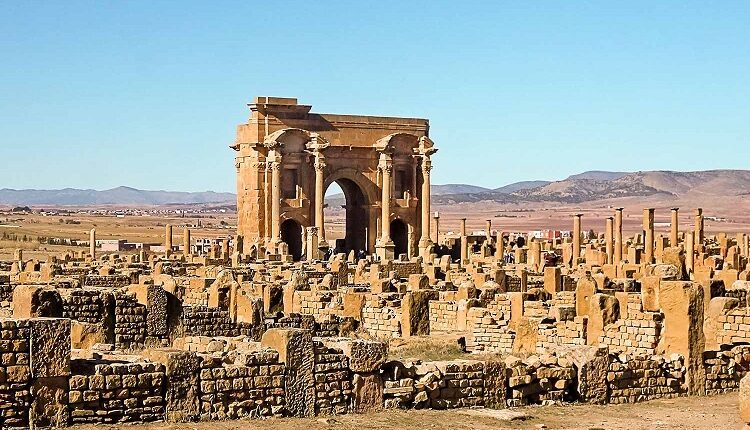 Hyderabad is very popular among food lovers, who tour the city to taste a variety of biryanis and other dishes that make up Hyderabadi cuisine. However, if you want to enjoy some great seafood while enjoying a weekend getaway, then you can visit Chennai.

Chennai is another South Indian city located in the state of Tamil Nadu. As the capital of Tamil Nadu, the city emulates the culture and traditions of the Tamil people in an interesting way, not once separating itself from the rest of the country. Hyderabad and Chennai have this integrated identity in common. While it would be incorrect to suggest that their cultures are the same, both cities offer visitors an honest and accurate experience of what it means to be a South Indian.

Some of the most popular tourist destinations in Chennai are listed as follows.

Located in Santhome, Chennai, this church is among the only three churches in the world, known to have been built upon the tomb of an apostle of Jesus. Also known as San Thome Basilica, the church has a very interesting history to it. It was built by the Portuguese in the 16th century, in a Neo-Gothic style. Legend says that St Thomas travelled to India in A.D. 52 until he was martyred in A.D. 72 on St Thomas Mount. Around the 10th century A.D., this church was built upon his tomb. There is a cross on the wall of his tomb that contains a bone fragment that is considered to be a relic of St. Thomas. The Church also has an attached museum, displaying various pictures and objects relevant to the Saint, including the lancehead that is believed to have been used to kill him. Understandably, the Basilica is a frequented pilgrimage centre for Christians.

Fort St George was the first British fortress in India, founded in 1644 by the British East India Company. The preservation of this fort may be an ode to the foundations of Chennai, then known as the coastal city of Madras. Within its walls, the fort consists of other important monuments. St Mary’s Church, for instance, is the oldest Anglican Church in India. The tombstones in its graveyard are said to be the oldest British tombstones in the country. The Fort Museum consists of vestiges that serve as reminders of the rule of the British in the country, including coins, letters, and weapons. The Flagstaff at the fort also garners a lot of attention because it is credited as being the tallest in the country. Today, the fort houses the Tamil Nadu Legislative Assembly and Secretariat.

Initiated in 1851, the Government Museum in Chennai is the second oldest museum in the country, after the Indian Museum in Kolkata. It comprises various different galleries including the Archaeological, Anthropological and Bronze galleries. It also consists of the Children’s museum and the National Gallery of Modern Arts. Every gallery highlights a different aspect of the history of South Indian culture and its people, across different time periods. The most interesting building in the museum is the Bronze gallery, which displays bronze sculptures from the 7th century Pallava Era to modern South Indian sculptures.

Are you excited about your trip to Chennai, check Cheap Hyderabad to Chennai flights schedule first.

The Right Taxi Company Can Handle All of Your Transportation Needs

Fly Out Tips When Going To Safaris