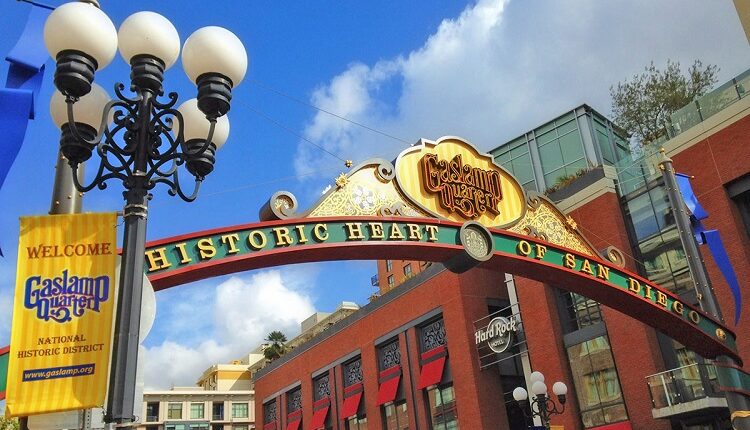 The Gaslamp Quarter of San Diego is known as the Historic Heart of the city. A neighborhood of 16 and a half blocks, this downtown urban area is one of the oldest areas of the city. The streets are lined with beautifully restored 19th century buildings and the area is listed on the National Register of Historic Places. Once upon a time the buildings were brothels and saloons in the Wild West – these days they are friendly coffee shops, restaurants and bars.

The district itself is only a few blocks in each direction, which makes it easy to explore on foot when you are staying in downtown San Diego vacation rentals. From the crazy days of the Wild West, to creepy ghost stories, this neighborhood has an intriguing past to discover.

If you’re fascinated by the history of this district, here are some interesting things you should check out during your visit.

Chinatown was developed in the 1860s because Chinese abalone fishermen were not allowed to live in other sections of the city. So, they settled together in an 8 block area around the Gaslamp Quarter. This area is known today as the Asian Pacific Thematic Historic District and it’s definitely worth exploring.

As well as being home to many excellent authentic Chinese restaurants, it’s also where you will find many beautiful historic buildings. To learn more about the stories behind this neighborhood, visit the San Diego Chinese Historical Museum.

Built in 1850, the Davis-Horton House is the oldest house in the historic Gaslamp District. Take a tour inside and you’ll be transported to the Victorian Era. The self-guided tour will reveal many of the intriguing stories of people who lived in the House and how they impacted San Diego’s history. Plus, if you plan to check out both the Davis-Horton House and the San Diego Chinese Historical Museum – you can get a joint ticket for both and save.

The Gaslamp is thought to be the most haunted area in the city. Historian Sandee Wilhoit hosts wonderfully creepy ghost tours that will take you through old brothers, saloons, hotels and even a former funeral parlor. You’ll end your tour at the Davis Horton House, considered the most haunted building in the city. Whether or not you believe in the supernatural, the fascinating stories of life, death, murder and mystery will send a chill down your spine.

Built in 1924, the Balboa Theatre is one of the most beautiful and elegant venues in downtown San Diego. Although it was closed down for quite some time, it was lovingly restored to its former glory and reopened again in 2008. The theatre now hosts a calendar of events and performances throughout the year, including concerts, touring companies of Broadway productions and the “Mainly Mozart Festival.”

3 Reasons Why You Should Book a Local Airport Transfer Service On Your Next Vacation.

Cool Things to Do in “The Strip” District, Pittsburgh

Places In NYC Every Thrill Seeker Should Know Of

5 Jaisalmer Resorts that are Perfect to Experience Rajasthani Lifestyle